save 33% on Duke Cannon Supply Drop!

The Best Cheap Cologne that will make you smell fabulous on a budget?

If you are in a hurry and just want to find out what the best cheap cologne is, then I recommend the RawChemistry – Pheromone Cologne as the best one.

Unlike the average woman, a regular guy is usually not too upbeat for a cologne. In fact, the majority cannot even tell the difference between a toilette, perfume, and cologne. This is exactly how I used to be a few years ago. But then I realized how important it is to smell good – not just on that romantic date but also within professional settings.

Choosing the right cologne can be tricky. The options are aplenty. Most importantly, you should know what cologne suits your personality the best. In this article, I shall go over the cologne basics you need to know. If you are a complete noob, this is the best cheap cologne guide you should read.

In this article, we’re going to review the following colognes:

Cologne is a type of fragrance that gets its sweet smell from oils cut with water and alcohol. The alcohol works as the base or carrier for the synthetic oils so that they do not smell too overpowering or the scent could be managed. In other words, the alcohol used adds stability to the scent. The alcohol content also ascertains how long a cologne or any other fragrance lasts.

Though cologne has this “image” of being the fragrance of choice for men, it can also be used by women – particularly the more athletic ones or who spend a significant amount of time outdoors during the day. Cologne is a lighter scent and is preferred during summers. It’s typically fruity and fresh.

How is Cologne Different from Perfume or Eau de Toilette?

What is An Affordable Cologne?

The terms affordable or low-budget are very subjective. What is premium or expensive for a particular buyer may be spare change for another. The popular and more established fragrances cost anywhere between $200 and $500 for a 3.3oz (100ml) bottle. Then there are luxury perfumes that run in the thousands.

Though a cologne that sells for less than $100 is not expensive, it may still not be affordable for most people – particularly young men who are still in college and have other essential expenses to take care of and cannot spend close to $100 on a bottle of cologne. Therefore, it’s safe to say that any cologne less than $50 is “affordable”.

Cheap Colognes Compared to Expensive Ones

There are multiple things determining how well a cologne performs. One of them being its price. However, there is more to cologne than just its price. The environment, the person wearing it, etc. also decides how good a cologne turns out to be. It’s not wise to judge a book by its cover. Similarly, it would be incorrect to assume a cheap cologne would not be ideal just because it’s within reach of the masses.

Kindly note the majority of the expensive colognes demand a huge premium because of the brand. The “brand tax”, in fact, constitutes a major portion of the cologne’s price. For example, if you’re buying a Giorgio Armani or Chanel scent, you are not just paying for the actual fragrance but also for the value attached to those brands. I have splurged quite a bit on these expensive colognes myself. So take it from me firsthand.

An inexpensive cologne not just helps you save money, but it also introduces you to the world of perfumes. At such lower price points, you could experiment with different types of cologne. And once you find the type you truly like, you may upgrade from there to the slightly more expensive or premium ones.

These cheap colognes are inexpensive, last long, and smell great. Most importantly, they are nowhere close to the $50 threshold I set earlier.

This pheromone cologne by RawChemistry is quintessentially masculine. A pheromone is basically a concentrated form of cologne that is designed to attract women by appealing to their sensory receptors. These colognes not just attract the opposite gender, but also smell great. RawChemistry Pheromone has been designed incorporating four unique male hormones that women would find enticing.

RawChemistry Pheromone Cologne works because it contains the right ingredients in the correct combination. Another thing worth mentioning is its relatively long-lasting performance. Its longevity is, in fact, unlike the majority of other colognes in its price range. If you often whine over the fact that your cologne doesn’t last long enough, you may have got a solution in RawChemistry Pheromone.

Despite being fairly inexpensive, RawChemistry Pheromone Cologne is made using some of the highest quality ingredients. The primary ingredients are androstenol, androsterone, androstadienone, and androstenone. These ingredients help the cologne smell great and last longer. The cologne oil produced offers a silky moisturizing effect that complements sensitive skin quite well.

The product packaging is pretty classy and executive-like. From the look of it, you would not believe that you actually bought the cologne for such a low price. The product is recommended for both night and casual wear. And unlike most other typical colognes, RawChemistry Pheromone lasts longer both on your skin and in the bottle.

If you would like to buy the more expensive colognes but aren’t sure how would they smell like or whether they will grab your fancy, Nitro Musk covers you with its nifty assortment of 12 different colognes. The tiny bottles come packed in a tin so that you can store them hassle-free and not worry about misplacing them either. And before you become uncertain over the longevity of these tiny bottles, I would like to inform you that these containers do last a distance. They are not your typical sprays, but roll-on style colognes.

As mentioned before, the tin pack comprises 12 unique scents. These have taken inspiration from some very popular scents in the business – which include Acqua Di Gio Profumo, Armani Code, Burberry London, Versace Eros, Fierce, Fahrenheit, and Invictus. Kindly note these are not clones. Each and every fragrance in the bundle has been made from scratch, keeping the designer cologne sprays as reference points only.

The Calvin Klein brand doesn’t need any introduction. However, in the world of perfumes and fragrance, the brand exhibits a different image. Its scents are not necessarily out of reach of most buyers – unlike its other fashion items. Though the company has a range of scents under its fold, the CK One was the “one” to set the dice rolling for the company. It made people believe that Calvin Klein can churn out some solid fragrances too.

CK One encapsulates urban coolness like no other perfume – within its price category, of course. The cologne is versatile and delightfully pungent. The smell is a vibrant mix of citruses, nutty spices, and optimistic greens. This modern, clean fragrance starts with top or initial notes of cardamom, bergamot, honey-like papaya and pineapple. The middle notes comprise violet, jasmine and rose with some nutmeg thrown in for good measure. The base notes of amber and musk add a certain animal-like magnetism.

Originally introduced in 1994, Calvin Klein devised this citrusy cologne by teaming up with Harry Fremont and Alberto Morillas, the renowned perfumers. The CK One bottle is matte and has a twist top, which reflects the cologne’s minimalist and casual nature.

Released in 2006, Nautica Voyage is a men’s cologne that offers great value for the money. It’s also up for grabs for a discounted price every now and then, which makes the deal even sweeter. The cologne comprises fruit notes, which include peach, bergamot, and pineapple. But you still cannot call it typically “fruity”. The scent, in fact, is more on the lines of a woody/aquatic fragrance – with the fruit notes adding an element of freshness to the mix.

If you use the Polo Sport, the Nautica Voyage would remind you of it. Though they do not smell exactly the same, the fragrances share musk, cedar, bergamot, and sandalwood notes. The opening of the Voyage could be a bit harsh – with pineapple and bergamot being quite noticeable at the top. The heavier musk and cedar chip in later and make the scent smells a lot cleaner thereafter.

As the scent dries down, the initial sharpness gets kind of muted, thanks to sandalwood and cedar’s woody notes. The musk takes a backseat too – the floral notes gain prominence for the remainder period. Jasmine and water lily add the flowery touch and go well with the citrus bergamot and pineapple. If you had to describe this cologne in one sentence, you may call it a neat blend of fresh, clean, crisp, aquatic, and soapy smells. The cologne should last you anywhere between two and five hours.

Made using organic ingredients, OakCityBeardCo Solid Cologne is a travel-friendly, pocket-sized, easy-to-apply solid cologne. This modern and manly cologne with notes of rum and tobacco is perfect to top up your cologne every time you feel the previous application has run out of steam. Apply the cologne to your chests, wrists, neck, or pretty much any other part of your body you want to smell wonderful. The scent boasts a solid projection and still manages to not be overpowering.

Besides tobacco and rum, you would also smell notes of amber, jasmine, clove, and other spices. The primary ingredients are beeswax, sweet almond oil, shea butter, and fragrance. The cologne is exotic and warm. If you cannot go a day without smelling great and want a handy solution at all times, Solid Cologne is the scent you should be carrying.

At this point, you should know what cologne is and what to look for in an affordable cologne. You would perhaps even acknowledge the fact that not all colognes work the same for different people. If you like a particular cologne for a certain unique feature, others may dislike the scent for the exact same attribute. Therefore, colognes are pretty subjective.

However, if you were to ask me my recommendation for the best cheap cologne, then the RawChemistry – Pheromone Cologne will be my choice. It strikes the right balance between airiness and performance. Though it’s slightly expensive compared to other products on the list, it more than makes up for the price with its performance. If you are new to the cologne game and would like to choose a scent without giving it much thought, go for RawChemistry Pheromone with closed eyes – or in this case, your nose.

The next time you doubt the need and relevance of a cologne, think about the impact it makes on the people around you and also your own self-confidence.

Save 33% on Duke Cannon Supply Drop!

We have partnered with Duke Cannon to offer the best deal on their supply drop worth $75! If you click on the button below, we will take you to their special page where you can save 33%. 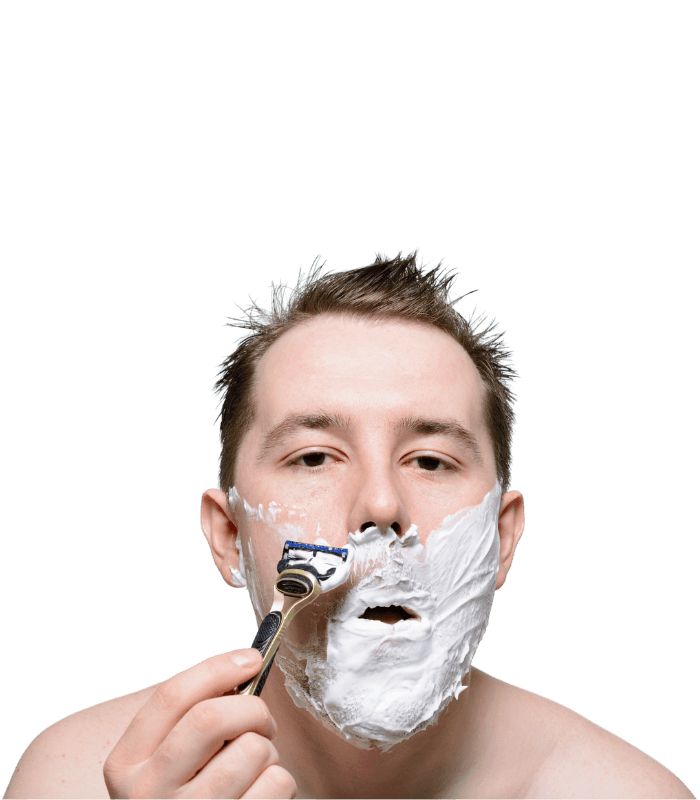 GroomingCorp is a participant in the Amazon Services LLC Associates Program, an affiliate advertising program designed to provide a means for sites to earn advertising fees by advertising and linking to Amazon.com